Sokar is created by Rasta Mouse and it also is the first competition in 2015 run by VulnHub team.

Then run NMAP scan to detect opening ports/running services on the target. From the result, found apache 2.2.15 is running on port 591 and the target OS is CentOS Linux. 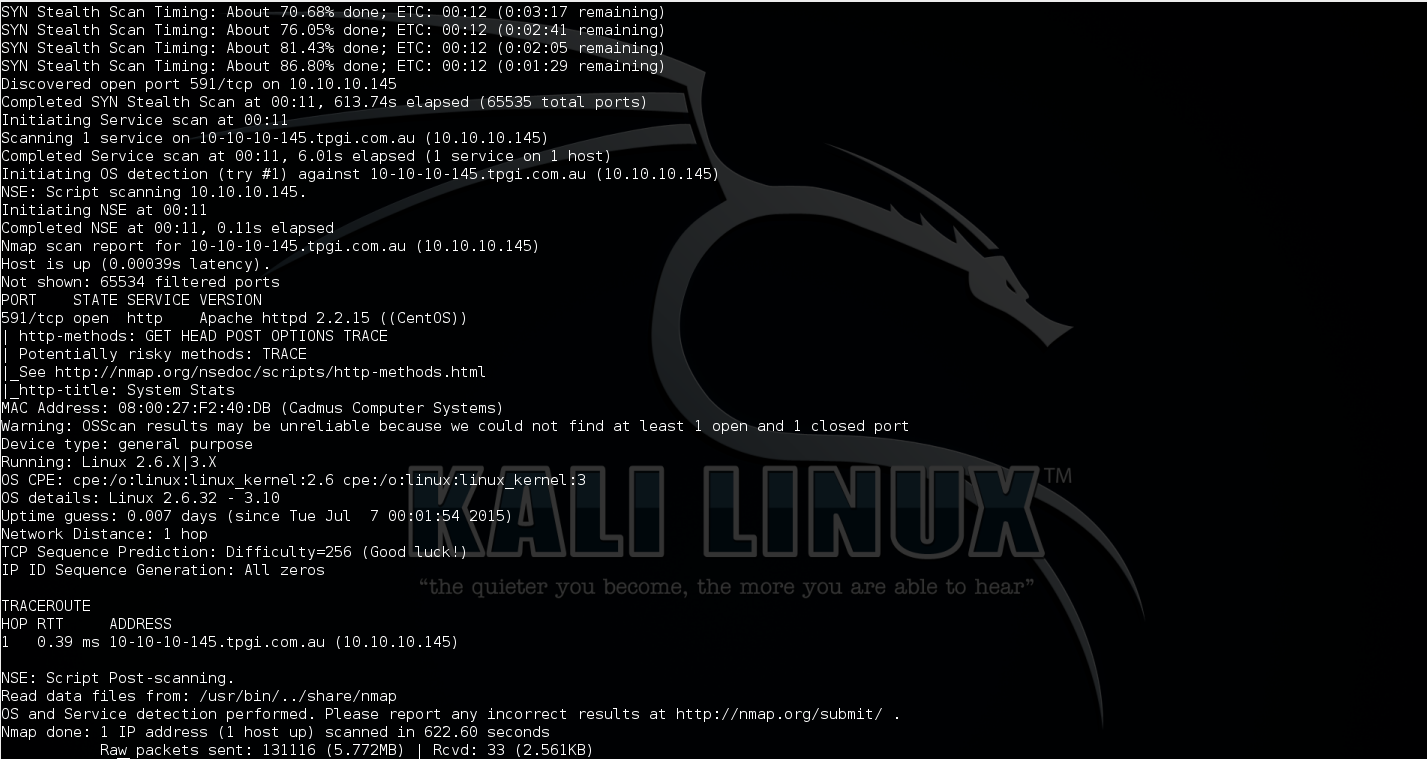 Then I open iceweasel browser to have a close look at port 591.

From the content displayed, we know the server is running system command: netstat and iostat

After googled shellshock, I found some topics talking about how to test/exploit shellshock vulnerability in CGI. The following command is picked from one of them.

Here I wrote a small python script to save my life.

by using sokar.py script, I poked around the system and found something interesting.

Here we go, I got the password (fruity) for user bynarr and notice that we only can got out to port 51242 from the server.

Another notice, . has been set in environment variable $PATH, which means when run a program the system will check the current user path first. This leave us a chance to hijack the program and make a reverse shell back to my Kali.

Then I changed the exp payload in my python script to write a bash script into /home/bynarr/iostat (iostat is the hijack target).

Then use my script to grant the new fake iostat to executable.

Now setup NC on my Kali to listen on port 51242, after waiting for seconds, I got a shell with bynarr privilege!

I run command sudo -l to check the allowed commands for user bynarr.

From the output, I noticed that executable program lime is owned by root but bynarr can run it.

Due to the server is vulnerable to shellshock, I use the following command (found in here) to double check if it can be exploited locally.

Yes it is vulnerable! From the previous sudo -l output, there are couple of environment variables can be used to exploit.

Here I use variable HOSTNAME.

the password for bynarr is fruity which we found it before.

Now we get ROOT!